For the Parish - for the Church

Sermon for SS Cornelius & Cyprian. Preached at the AGM of The Society for the Maintenance of the Faith

SMF is a society of the Church of England which holds the patronage in whole or part of over 90 parishes.

SS Cornelius and Cyprian were both martyrs, but thy are linked together because of their correspondence on the nature of the church. Ecclesiology is suddenly the issue of the moment. As someone said to me the other day, how refreshing that people are standing for General Synod on issues other than sex.

The issue our saints were considering was the nature of the primacy of Peter, and the seniority of the Bishop of Rome. Later centuries have viewed the correspondence through the prism of later debates, but it seems - at least to Orthodox theologians - that the African Bishop Cyprian may have begun with a more ‘modern’ and ‘western’ view of the authority of the successor of Peter over all the churches, and later developed a view that all local Bishops share that authority and preside from the Chair of Peter for the local church.

Our own ecclesiological angst focusses on the parish. Whatever the source of our issues, every Christian has a concern with the church. Christ has sent us into the world; and that means that we have been divinely ordered for the work Christ has sent us to undertake. Our structures and institutions matter, for the church is the Body of Christ immanent in human society. Yet He has said that we are not of the world any more than He is of the world. The divine purpose leads us to see that the messy life of the church militant here in earth is one with the church revealed in the vision of the spotless Bride of Christ perfect in all things. 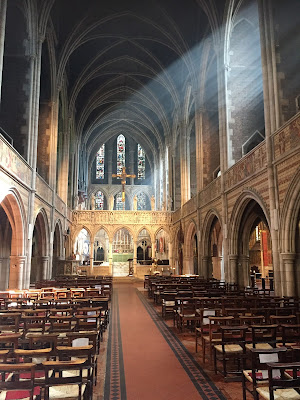 Cornelius and Cyprian discussed how the church on earth should best be ordered and behave. If someone lapsed under persecution, how easy should it be to come back into the communion of the Faithful? Cornelius said it should be possible after reasonable repentance. His opponent Novatian said it should be jolly hard. It was probably a good thing that the argument was not played out on Twitter, but Cornelius won, and was confirmed as Bishop of Rome. Cyprian meanwhile was criticised for deciding when persecution came to Carthage that that the African church was best served by him going into
hiding. Both were grappling with practical issues of how the church which has been sent into the world should respond to politics and persecution. But at one and the same time they were not of the world. Both our saints were ready to face martyrdom, and both suffered in this world for the glory that is set before us.

The great gift of our parish system is not the system itself but the three great things it delivers in the world that show that the church is not of the world.

A parish for every community reflects the transcendent truth that Christ has come for all.

Our parishes are a means of transfer of resources, so that the church is not only where she can locally afford to be, but the good news is preached to the poor.

And, in our own society, the parish enables those who never come to church to feel that in some sense they have a part of it whether that be through civic engagement, community activity, heritage and historical interest or recognition of the leadership which in some senses we are still able to offer, so that in some small ways the Father’s will is done on earth as it is in heaven.

But we must also recognise that no one church can do everything, whatever the parish profiles pretend. Even the busiest church with the widest range of activities will miss out on some of those it might reach. We do need things like chaplaincies and, yes fresh expressions and church plants seeking to serve specific interest groups and cultures with culturally competent Apt Liturgy. At its best that what all this mixed ecology stuff means.


Both the parts of the church which are parochial and those that are not can fall into the trap of allowing some aspect of the worldly work of the church to be conflated with the church and thought of as enough. The church of God is not a human institution to sustain for centuries; nor is she a private interest club of similar people who are drawn together by a common interest, as Fresh Expressions often are; nor is she a social club with hymns, as parish churches too often become. Both are rightly criticized by Lord William’s observation that a strong church is one in which you meet people with whom you would never otherwise associate.

As Patrons, your role is to place clergy in parishes. I remember being told by a wise priest as I arrived in Tottenham to remember that however much time I spent in the church ‘it will never be yours in the way that it is theirs.’ And that is right; the parish priest and the Leader of the BMO comes from elsewhere. This is an imitation of Christ who was sent into the world, and is a sign that the people are called away from their community and into the Body of Christ. But the priest living in the community and life as part of it incarnates the paradox that the work of the church which is not of this world builds the local community so that ultimately one does not leave the community to enter heaven, but it has become heaven, a place no longer focussed on itself but on the Lord, so that to remain there is to have gone to Him.

Which is what happens in martyrdom. Focussed on heaven, the martyr is never more engaged in the world, as he participates by blood in the sacrifice of Christ. I when I am lifted up, said the Lord, will draw all people to myself, and it is when Christ Crucified is the centre of our world, that at last it finds its purpose and meaning. So the church is most divine when she is sent into the world to take the physical things of everyday life, bread and wine, and offer them to be transformed into the material stuff of flesh and blood, by which we share in the things of heaven. In the end it comes back to the Altar. Whether it is a parish church or a chaplaincy or a plant it is here that we who have been sent into the world feed the world so that we may come to Christ, and know that we are no more of the world than He is.

Popular posts from this blog

Unintended Consequences of the Protect Duty 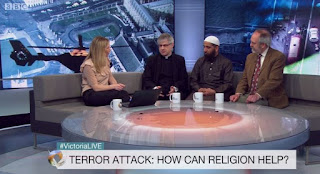 A government consultation reveals some significant concerns for churches and places of worship.  As chair of the Faith Sector Panel of the London Resilience Forum I have a lot to do with London’s Faith Communities’ response to terrorism (see here for my role). So it was with interest that I heard that there was to be a consultation on a new “ Protect Duty ” to “make the public safer at publicly accessible locations.” The proposals follow campaigning by Figen Murray, whose son Martyn was tragically killed in the Manchester Arena attack , to introduce “Martyn’s Law” which aims to legislate for a duty on those who own or manage publicly accessible places to take actions to reduce the threat of terrorism. The ‘simple common sense security’ for which Figen Murray calls must be right; but the legislation now being consulted on causes considerable concern. The proposed legislation has very significant unintended consequences for places of worship. In my view it needs to be signific
Read more 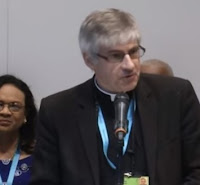 Luke Miller Archdeacon of London Proposed by The Venerable Catherine Pickford Seconded by The Rev’d Nigel Taylor Please do vote as this election is important. I ask you to give me your first or high preference vote. Christ’s Church, founded on Him, is His Bride, but in her human aspect she is ever called by Him to proclaim the Gospel afresh in every generation. The synod we are electing will make fundamental decisions about the Church of England and what it is to be one of her clerics in the next decades. Please give me your first – or high – preference vote as someone who cares about the issues, and who can be effective in contributing positively to the debates. MY BACKGROUND As well as being Archdeacon I am Rector of S Andrew by the Wardrobe in the City of London. I have served in parishes in Watford and Tottenham, where I helped plant a Church and helped set up the church of S Francis at the Engine Room Tottenham Hale . I am a traditionalist catholic, living out the Five
Read more

A Long Good Friday or a Long Holy Saturday? 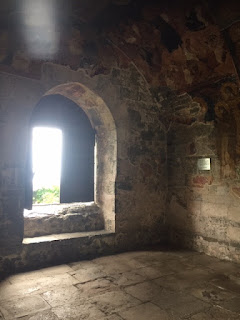 This year the Triduum - the great Three Days of Maundy Thursday, Good Friday and Holy Saturday - is unwontedly quiet. Having been brought up in a Vicarage it has always been for me about the busiest time of year - much more so than Christmas - with almost wall to wall church, all the time not spent worshipping given to sorting out all the kit for washing feet, watching at the altar of repose, heading out to walks of witness, praying the Stations of the Cross, preparing for the Liturgy of the Passion, and getting ready for the Vigil. Narthex doorway Hagia Sophia Trabzon (Trebizond) Although for some there has been a scramble to get things done in new ways, for most this year, all that is gone. For me the experience has been truncated liturgies with hardly any preparation,and the quietest Triduum of my life. It's sorrowful and disconcerting; we yearn for it to be over. While I and many others find that prayer through activity is at the heart of our spirituality, the enforced re
Read more